Professor Ather Zia on Articles 370/35A and the Ongoing Siege, Lockdown and Blackout Imposed on Kashmir
October 28, 2019

Here is a list of Professor Ather Zia's interventions in the global media regarding the Indian government's abrupt and secretive decision to repeal Articles 370 and 35A of the Indian constitution. Also included is a useful visual bibliography for our readers, scholars, researchers and journalists to become more acquainted with Professor Zia's extensive work in multiple relevant and intersecting fields of knowledge centered on Kashmir, its past and its present, and above all, focusing on its peoples.

There are multiple names given by the media to what is happening in Kashmir at the moment, especially after the Indian government’s August 5th announcement revoking Articles 370 and 35A. From “lockdown” and “blackout” to “siege,” “crisis,” and “situation,” the present circumstances  appear on the global terrain of debate, with multiple sources claiming that the “Kashmir issue” has been internationalized. However accurate this observation may or may not be, the fact remains that there are a wide variety of Kashmir experts from diverse fields, some of them even non-Kashmiri, who over the years and decades have contributed significantly to understanding Kashmir beyond the (nation)statist paradigm that has set Kashmir’s neighbors against each other in a nuclearized conflict, while the people of Kashmir remain entangled in their web. One such Kashmiri scholar, professor and educator, who over the years has consistently made Kashmir’s people, culture and struggle a core part of her curricular and extra-curricular life, is Professor Ather Zia.

Zia teaches at the Department of Anthropology in the College of Arts and Humanities at the University of Northern Colorado. She is a political anthropologist, poet and short fiction writer, who, apart from teaching at the university level (with all the responsibility that that entails) also runs Kashmir Lit, a highly acclaimed online journal of Kashmiri and diasporic writing. Ather is also the co-founder of Critical Kashmir Studies Collective, an interdisciplinary network of scholars working on Kashmir from diverse fields of knowledge and cultural production. Ather’s writings often appear on global media platforms such as The Huffington Post and Al Jazeera, apart from a wide variety of academic publications that appear in international journals. Her publications are collected by leading universities and libraries around the world, and in the opinion of this editor, Zia happens to be one of the few individuals who has successfully and collectively engaged various communities around the world apart from her own in a broader understanding of Kashmir.

Ather has also done groundbreaking work in an interdisciplinary manner, with academic work that intersects between (political and cultural) anthropology, women’s studies and gender studies, while taking her task as a writer and thinker further by engaging with poetry and fiction writing. In her broader work, Ather has inspired many of us to engage with Kashmiri literature in various languages, building bridges between the Kashmiri diaspora and the indigenous intellectual, literary and journalistic communities of her native Kashmir through years of continuous engagement.

Meanwhile, the imminent return to the cult of personality that took Europe towards dictatorship seems to have re-emerged, as South Asia seems to maintain its fascination with strongmen and a variety of media personalities and their oratory skills. These are times when right-wing powers have gone info-technological and corporate, in the same breath as particular Kashmiri Twitter personalities explore career options between student politics, Kashmiri politics under Indian patronage and even preceding, rebranded pro-India Kashmiri politics practiced through sundry Machiavellian promises. All this for an already over-depleted vote bank—courtesy of Kashmiri skepticism brought about by decades of dis(s)-democracy, mis(s)-democracy or whatever else you can call it at this point.

With all this in mind, and considering the growing gravity of the “situation”, Kashmir and its unresolved status have entered the domain of mainstream global media again; the latest installment of international conversations are happening around Kashmir experts testifying at the US Congressional Hearing on Kashmir. With the developments that have brought Kashmir into the global media limelight notwithstanding, the depth of knowledge and the extent to which our knowledge and culture producers have worked tirelessly in multiple fields must be acknowledged. During the events that have transpired since August 5th, it goes without saying that Kashmiri women and women in general have done far more than imaginable in current times, not only in Kashmir, but in the face of great pressure across the mountains, and especially on the global front. Professor Zia, among many other such women, happens to be one such figure to acknowledge.

In that spirit, below is a collection of Professor Ather Zia’s multiple interventions in the global media, from international news channels to worldwide publications, apart from a very basic bibliography comprised of her books on Kashmir and articles in mainstream global press (along with some other highly relevant links).

A Note on Our Work

Inverse Journal is a platform based on the convergence of multiple ideas and fields of knowledge, all of which take bibliographical citations very seriously, because there are quite a lot of orators who can speak on and on, even to the extent of engaging in shouting matches on TV debates from channels south of the border. Arnaab, let me speak, let me speak, Aaaarnaaab! You see, Baaaarkha, the thing is… However, at Inverse Journal, we are concerned not simply with speeches on prime time TV, but actual deliverables, books, texts, writing, projects and knowledge. The Inverse Journal project is grounded in a particular ideology of the Open Source, and along with it the intellectual property licenses extended by the Creative Commons that in their totality project the belief that knowledge, especially certain knowledge, must be freely accessible. Within these tenets, we hope to give our worldwide readership greater knowledge of the work of key figures of Kashmiri scholarship and culture, while at the same time familiarizing our Kashmiri readership with a world of contemporary culture and thought brought about by a wide variety of writers, thinkers, poets, culture and knowledge producers.

In the near future, we hope to introduce the work of important and highly relevant scholars and figures of Kashmiri culture in the format we have used here. In doing so, we hope to set a standard regarding how web developers in the media and publication fields can collate and aggregate useful items of knowledge for greater and more in-depth learning. Most media platforms only reference, at great length, content that they themselves generate internally (and in-house), while Inverse Journal, which runs entirely on the premises of Open Source thinking and the Creative Commons initiative, can afford to do a lot more.

With that, I reiterate that Inverse Journal looks forward to presenting the work of Kashmiri scholars, writers, activists, artists and diverse culture producers in the near future, while bringing such works from multiple cultures around the world to our Kashmiri and international readerships.

Below is a list of Professor Ather Zia’s interventions in the global media regarding the Indian government’s abrupt and secretive decision to repeal Articles 370 and 35A of the Indian constitution. Also included is a useful visual bibliography for our readers, scholars, researchers and journalists to become more acquainted with Professor Zia’s extensive work in multiple relevant and intersecting fields of knowledge centered on Kashmir, its past and its present, and above all, focusing on its peoples. We will hopefully visit each of her scholarly works, particularly her books, poetry, fiction-writing and broader academic work in due time.

SABC, Interview One: “Analysis of the Kashmir Crisis”

by Hosted by Tara Dorabji & Preeti Shekar | Live on KPFA 94.1 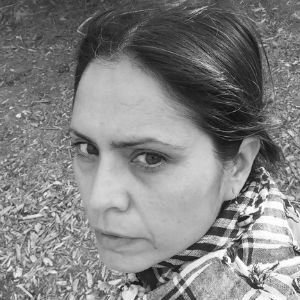 Amjad Majid is the editor and founder of Inverse Journal. He previously worked as a teacher, IT consultant, and research scholar in China, Spain and the US. In his free time, Amjad is a part-time art writer and critic, with writings featured in art catalogues, books, international exhibitions, biennales, art journals and magazines, with some of such writing translated into Chinese. Beyond his work at Inverse Journal, Amjad develops independent projects as a web developer and IT consultant in the creative industry while also teaching IB English literature part-time. His interests include literary theory, Spanish and Spanish-American literature, contemporary art, cultural studies, hardware assembly, information technology and digital studies.