Note: This book review was originally published in Studies in 20th & 21st Century Literature and reproduced here under a Creative Commons NC-ND-4.0. license.

Review of Meera Atkinson. The Poetics of Transgenerational Trauma. Bloomsbury, 2017.

This book review is available in Studies in 20th & 21st Century Literature: https://newprairiepress.org/sttcl/vol43/iss1/11

The Poetics of Transgenerational Trauma presents a theoretically and politically valuable contribution to trauma theory by considering the intimate violence between partners and family members, its transmission and reiteration, and its inseparability from other large-scale social and political systems. Often treated as “an ahistorical anomaly, a fundamentally individual catastrophe rather than a social one,” violence within the domestic realm, Atkinson argues, becomes cast as dually inevitable and unpredictable rather than as an expression of systemic injustice that can be addressed (3). While Atkinson attends primarily to the literary expression of transgenerational trauma in novels and memoirs by several late twentieth- and early twenty-first-century women writers, her inclusion of recent data on trauma and violence, often at the introduction of each chapter, demonstrates the work’s scope to be an understanding of transgenerational trauma through literary poetics rather than a study of its representation in poetic work. The Poetics of Transgenerational Trauma is thus a two-fold effort of literary and affective investigation; it considers an affect that is mutually binding and bound by trauma, together with the contaminative qualities of writing, to ask how literary testimony might reveal something of the processes of trauma’s transmission in the world at large.

While wary of an optimistically curative approach that would suggest healing through the act of testimony, Atkinson finds her selection of examples by contemporary female authors—Marguerite Duras’s The Lover (1992), Alison Bechdel’s Fun Home: A Family Tragicomic (2006), Hélène Cixous’s Hyperdream (2009), Alexis Wright’s Carpenteria (2006) and The Swan Book (2013), and Pat Barker’s Regeneration Trilogy (1999)—to “facilitate a reckoning” with trauma, ostensibly with the capacity to expand beyond the writer herself (19). She reads each text together with affect theory, psychoanalysis, statistics and geopolitical trends toward violence, and continental philosophy to sketch out the contours of this reckoning. Chapter 1 introduces the poetics of transgenerational trauma as a nonessentialist form of Hélène Cixous’s écriture feminine, incorporating Julia Kristeva’s notion of the strange body for a kind of writing that is “feminine” insofar as it accounts for certain gendered conditions of inequity, while simultaneously understanding gender to be dynamic and enigmatic. Atkinson also takes the opportunity here to define the limits of these poetics, reading Elizabeth Smart’s By Grand Central Station I Sat Down and Wept (1991) against Duras’s The Lover to demonstrate the difference between the poetics of transgenerational trauma and other, self-referential forms of écriture feminine. While the strained affair between the couple at the center of Duras’s novel is one strand of a complex fabric involving their respective families and the colonialism, war, and racism that punctuate their ability to relate to one another, Atkinson argues, Smart’s stylistically similar narrative fails to convey these affective poetics by remaining within the narrator’s individual psychosexual experience. This difference in transmission remains most integral to Atkinson’s poetics, while the chapters to follow demonstrate variations of style, scale, and history.

Bechdel’s and Cixous’s texts lead Atkinson into a discussion of affective-ethical encounters by way of Spinoza, wherein ethics are treated as an opening for transformation. She introduces the Derridean concept of hauntology—that of a deferred origin in place of an assumed presence—while reading Indigenous Australian author Alexis Wright’s work to question the social and political inheritances of trauma under colonialism. Atkinson then brings hauntology into conversation with historical scale via Pat Barker’s Regeneration Trilogy. Chapter 5 returns to Wright to consider nonhuman animals and environmental impacts of human trauma. The book concludes with a meditation on “unlying”—the ability of fiction or trans-genre literature to introject alternative understanding into traumas so often upheld by static, authoritative, and cyclical modes of knowledge.

Atkinson situates her contribution to trauma theory within feminist thought from the outset, so her focus on the site of family and violence against women holds high stakes during a moment in which the definitions of sex and gender, as well as the heteronormative organization of familial structures, are hotly contested and resisted by many of her potential interlocutors. Reliance upon gender categories or family forms that essentially reinforces— rather than disrupts—their authority could, at worst, strengthen the system of violence that Atkinson intends to expose and transform. Yet, Atkinson’s project weaves together most elegantly at intersections of oppression with explicit attention to variations of embodiment and personal history. While she argues that the root of the violence she discusses is patriarchal in essence, the trauma that it propagates is contaminative in a way that both dominates and implicates nearly all people. Her choice to read through contemporary works of literature written exclusively by women in her discussion of the poetics of transgenerational trauma, then, is because she finds feminized subjects to be disproportionately conditioned and positioned as the carriers of traumatic affect.

I am of more than one mind with regards to Atkinson’s choice of texts. The author defends her choices both in the objects and approaches of her analyses so thoughtfully that it would be difficult to accuse her of nearsightedness or neglect. Furthermore, the point of her study is not one of representation but of the functioning of trauma. Yet, the tendency to engage with primarily Western authors in her discussion of an ostensibly globally- experienced form of trauma leads me to question the book’s scope and to look forward to future endeavors that take up the poetics of transgenerational trauma as it functions outside of the cultural perspectives largely represented here. That said, the generosity of her contribution cannot be dismissed. Perhaps informed by her own background in creative writing, Atkinson demonstrates a rich sense for affective activity in texts whose very production, considering the position the writer must take on when chronicling trauma, would leave others baffled. The Poetics of Transgenerational Trauma is an insightful companion to be taken up in one’s reading of familial trauma—a book that may shape not only the treatment of texts on this subject but the worlds in which they circulate as well. 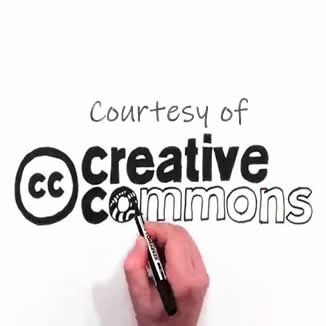 Katie Lally
Katie Lally is a doctoral student in the Literature department at the University of California, Santa Cruz. She received her B.A. in Comparative Literature and Jewish Studies from San Francisco State University, after studying abroad at Universität Tübingen and the Freie Universität in Berlin. She is interested in early psychoanalytic writing that looks beyond the bourgeois family, Jewish diasporic writers of the 19th and 20th centuries, and literary descendants of German-language Modernism. Her work investigates how notions of disease and pathology inform subjectivity, and the ethics involved in practices of reading and performance. Source: https://www.ikkm-weimar.de/veranstaltungen/summer-school/summer-school-2017/participants/