Book Review: Do You Remember Kunan Poshpora? — by Shah Munnes Muneer
February 23, 2020
Four years after its release, “Do You Remember Kunan Poshpora?” (Zubaan Books, 2016) remains relevant as an essential text that is read, re-read and reviewed, as is the case with this piece by Shah Munnes Muneer. Authored by five women researchers and activists, the book revisits and details the documented case of mass rape and torture of Kashmiris by the Indian army that took place on the intervening night of February 23rd and 24th (1991) in the adjacent hamlets of Kunan and Poshpora (Kupwara). Given the unrelenting spirit and perseverance of the victims, February 23rd is commemorated as Kashmiri Women’s Resistance Day as the struggle for justice continues. As part of such a commemoration, we have included key media and articles embedded directly herein from their original sources.

The book comprising of seven chapters gives a comprehensive but unsettling description of how during the intervening night of 23rd and 24th February 1991 Kupwara district’s twin villages, Kunan and Poshpora, witnessed a midnight Indian army operation that resulted in the brutal torture of Kashmiri men and the mass rape of Kashmiri women (from these two villages). It goes on to trace the roots and background of the investigations in this infamous mass rape by the Indian army. The book is one of its first kind tasked to narrate things by way of the fieldwork and interviews conducted by its authors, including reports from various committees and news organizations of the time. The book documents the account of all the events that unfolded on that ill-fated night of 1991. Apart from that, the conditions and what the villages of Kunan and Poshpora have been through all these years has been written about with scholarly rigor.

The authors have covered almost every part, including psychological and social aspects around the horrific incident and those involved. Reflections on the renewed struggle since 2013 to seek justice for the victims also has been included in the larger discussion. The book further suggests that many people are not aware of the fact that it was the people of these two villages who actually initiated the legal struggle, the outcome of which was the recommendation by the State Human Rights Commission (SHRC) in 2012 for providing compensation to the victims and initiating a re-investigation into the incident.

The first chapter narrates the role that Kashmiri women have played in the resistance movement.  It then discusses the stories of the five authors growing up in conflict-ridden Kashmir and the way they understood the repressive nature of the occupation, which according to them is as cruel as any other cruel norm(s) of society in Kashmir. In the second chapter, the authors have attempted to provide context to readers in understanding the politically uncertain environment in Kashmir. This chapter discusses how rape is used as a systematic military tool and how the climate of impunity (which is deeply rooted in Kashmir) is shielding the culprits while making any case that could dent the image of the state or its military apparatus unsuccessful and inconclusive. The chapter also elucidates that none among the women-folk (from age 13 to 60 or even the pregnant or handicapped) were spared in the mass rape of Kunan-Poshpora. Furthermore, the chapter successfully sheds light on the fact that the Kupwara district is so heavily garrisoned by the military establishments that it sometimes leads one to think that visiting this district means stepping right into the battle ground and putting one’s personal safety in jeopardy.

The third chapter takes the reader directly to the horrors of that fateful night and the assault on the honor and dignity of the women of these two villages. It analyzes the key documents pertaining to the case, including the case diary submitted by the police, statements that were made by the rape survivors to the State Human Rights Commission and most importantly, the personal interactions of the authors with the actual victims. The chapter had succeeded in exposing the lies, cover-ups and the shoddy investigations that went into trampling any form of justice sought for the victims.

The fourth chapter deliberates on the life of the survivors from the two villages and the subsequent repercussions this incident has brought on the lives of the women folk altogether. The chapter has a detailed section that highlights the effects the incident had on the mental and physical health of the victims and their families even today. The chapter details the sense of being considered an ‘other’ or when someone calls them the daughters of ‘the raped villages’. This chapter, however, also reflects the spirit of resistance and resilience that the women have shown, particularly when they decided to struggle for justice because they did not want this incident to be repeated in other villages throughout Kashmir.

The fifth chapter revolves around the legal technicalities and how the victims chose to continue this fight despite being traumatized. A section of the chapter critically exposes B. G. Verghese’s ‘manufactured’ report in which he had tried to nullify the happening(s) of the mass rape during that calamitous night. The authors provide textual and critique analysis that renders him a man paid by the army. The authors have not even spare the then Divisional Kashmir, Wajahat Habibullah, whose responsibility according to them was to unveil the whole truth but he ironically chose to remain silent for around 22 years only to protect his position and chair.

In the sixth chapter, the authors have endeavored to reconstruct the events of that haunting night (and its aftermath) by interviewing those who were indirectly or in some way involved with the incident. The former DC of Kupwara S. M. Yasin is one among the various interviewees. He is the whistleblower whose report became the basis of the filed FIR. This chapter makes the reader aware of the value and importance of counter-discourses in a far more comprehensive understanding of history. The seventh chapter reflects the recent struggle with an insider’s view of the events that happened post the Public Interest Litigation (PIL) that was filed in 2013, concluding with the process by which the case has been re-opened and brought back the plight for justice for the victims of Kunan-Poshpora.

Do You Remember Kunan Poshpora? is unique and holds much value despite the fact that a lot of documentation has already been produced on Kunan Poshpora. The book’s success and effectiveness is substantiated by the efforts of its authors in not only narrating the interviewed stories of the victims but also having derived much from the available police reports, legal documents and witness accounts. All these elements, along with the collaborative effort by the authors, makes this book an important and relevant piece of work that must be studied for years to come, and given its accessible language, it is also a must-read for all. 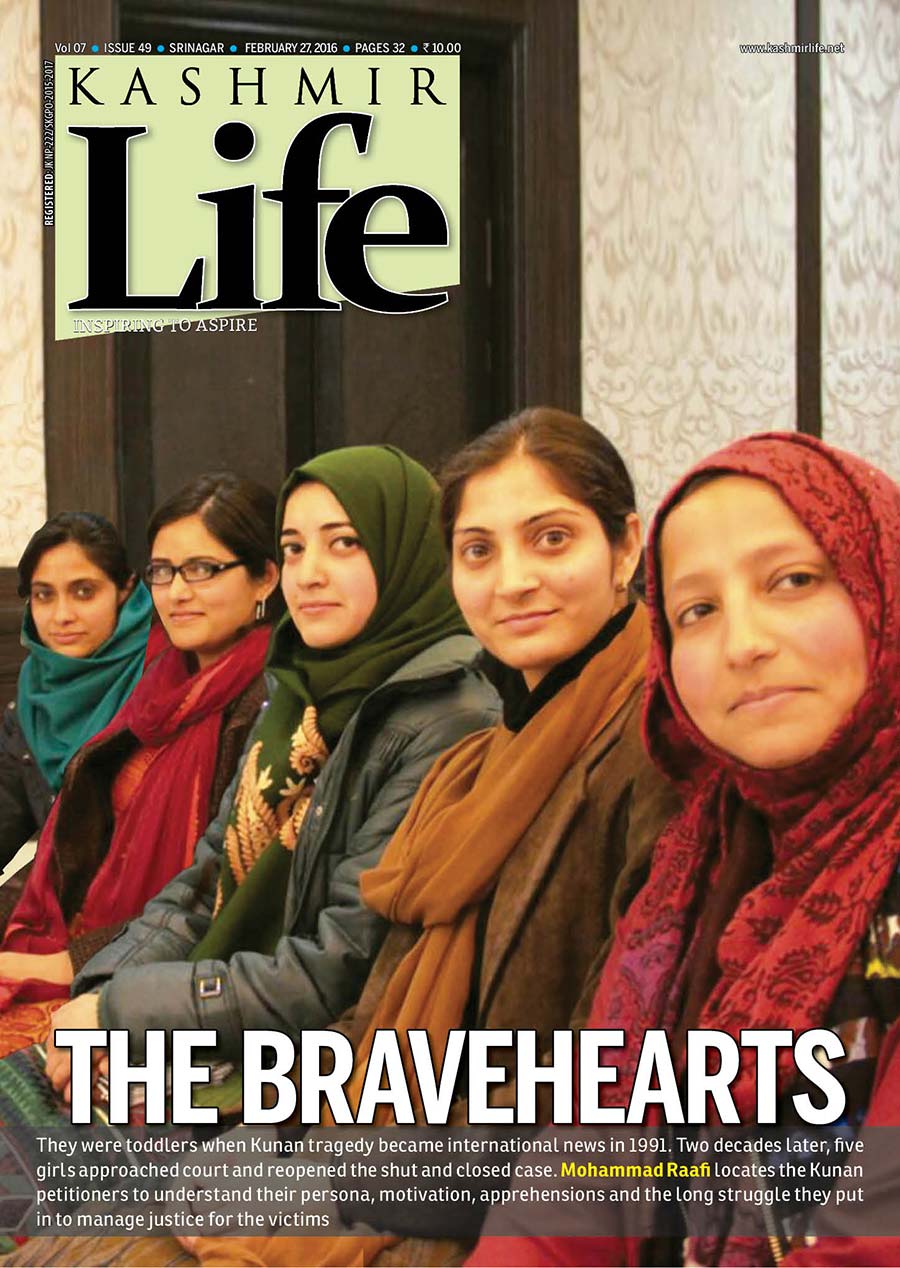 Do You Remember Kunan Poshpora? A Review
BY MUHAMMAD RAAFI

Shah Munnes Muneer has a Masters in Sociology from Aligarh Muslim University. Her areas of interest include Sociological Study of Society, Cultural Studies, Religion, and Contemporary Women-Centric Issues.