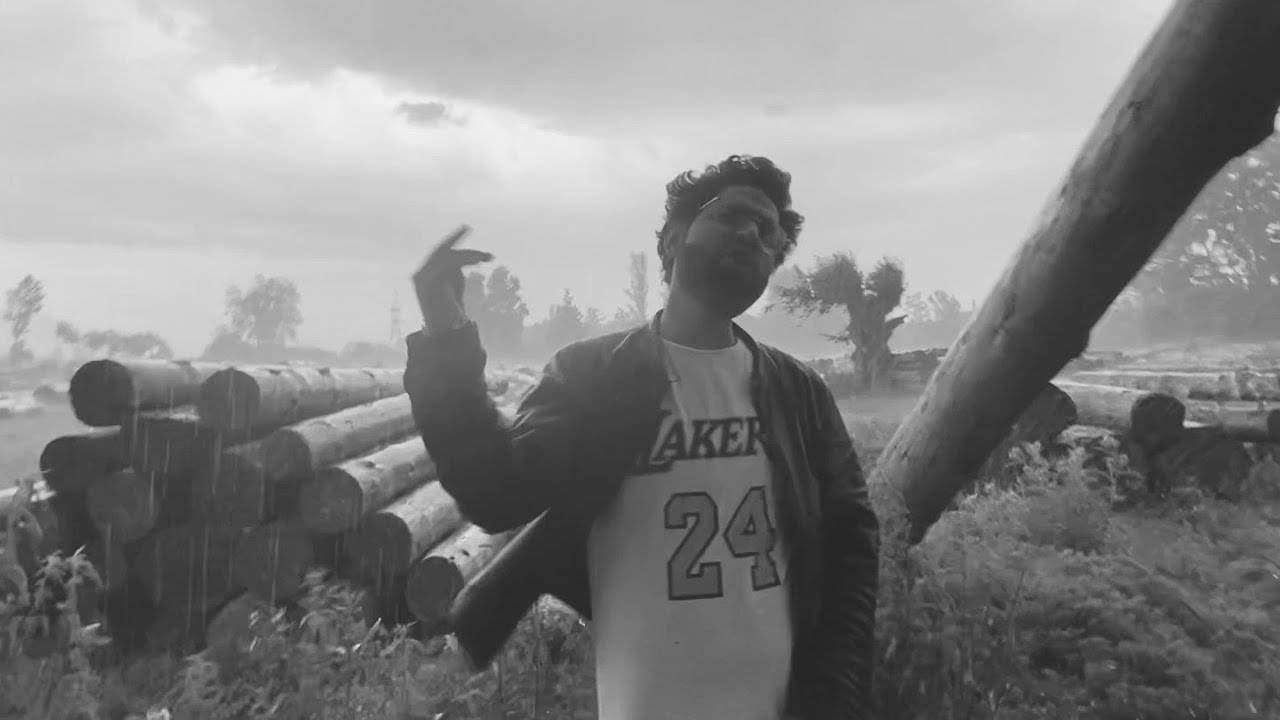 Kashmir Music Live (KML) returns to Inverse Journal with a long due review of one of the most lyrically dynamic and musically diverse songs from the corpus of Kashmiri Hip Hop. Here is KML’s review of the song “Safarnama” by emerging Kashmiri Hip Hop artist Qafilah.

After receiving a mildly positive response to 2020’s “The Lost Shikara,” a collaboration with Junaid Ahmad, Qafilah began this year with a new release, entitled “Faraar”—a criminally undermined cut about the tumult of embodying a conflict. Roughly five months after the synth-heavy track, the Kashmiri rapper-producer returned with his third single “Safarnama,” which he co-produced with Ahmer. Its three overwhelmingly distinctive beat switch-ups make for an unpredictable ride, each beat with an aesthetic of its own, like the three stages of life, with Qafilah spilling poetry about his personal struggles, while providing social commentary and critique, supported further by braggadocios bars—all these aligned with a poetic depth and conviction that remains unmatched in multiple ways. Qafilah’s style and versification emerge far beyond the conventions of what listeners in Kashmir have become accustomed to as far as rap music goes, and both set him apart, not only in the contemporary Koshur scene, but in South Asia on the whole.

Co-produced by Ahmer, the first part of “Safarnama” is performed over a ghostly beat that is shaped by an amalgam of abusive trap drums, an eerie vocal sample and a transition built from percussive sounds using the technique of ‘scratching,’ made popular by DJ Premier of Gang Starr fame. Qafilah raps about an unnamed musician or writer, referring to him as “Two-Face” from The Dark Night, in standout bars such as:

(How do you even seek freedom, brother?
you are consumed by selfishness
you are insignificant
read elegies to yourself and your music)

While the verse is filled with resentment, there is also a sense of disbelief and concern in the verse, as Qafilah offers reconciliation to the said person, with incredible bars toward the end of the verse:

(Your heart has turned black
Why are you your own tormentor?
I have kept the bowl packed for you
meet me and we’ll puff smoke together somewhere)

The verse is followed by the equally phenomenal:

(Take a puff, become alive, release your laughter, and become a maddened mystic)

Qafilah’s voice is a powerhouse and his delivery throughout the verse is assertive and commanding, which in a way, compels the listener to pay attention to every single word being enunciated over Ahmer’s beat.

Even with the contemporary sound of trap-drums, Qafilah’s production inclinations stand apart in a world of their own, a fact that can be attributed to the diverse array of classical sounds he often explores. For the second beat switch-up, Qafilah samples a harmonium loop from the Ghulam Ali classic “Chupke Chupke” (translated “quietly, quietly”) and he does an excellent job to retain the melancholic undertones of a Ghazal, in sound as well as in lyricism, with examples such as “Nasha sitam ka karlo, ye bhi haraam hai kya?” (translated “Intoxicate yourselves with tyranny, or is that sinful too?”). Here he juxtaposes the concept of a sin with that of human experience, a common trope in many of the Urdu language Ghazals.

In the hook of the song featuring a flow that is meticulously melodic, Qafilah raps about the pangs of existential pain—“Safarnama ye mera, mera anjaam hai kya?” (translated “This is an account of my life, what fate shall I meet?”). The verse that follows serves as a showcase of relentless and catchy flows, complex rhyme schemes, slick brag-bars, and meaningful references from Faiz Ahmad Faiz to Mehjoor and Parvaaz, exemplified best by the following lines:

(Speak, O Faiz, how did you become imprisoned thus?
maligned and humiliated here is Mehjoor
the faint-hearted are glorified, and me
and my pen are both disabled)

Other verses that embody such poetic and stylistic mastery are:

(My cadence like Pashmina, absconds from the chains
far away from the swine is our Koshur Nizam)

For the final part of the track, which comes after an effortless transition from the hook and Qafilah’s favourite ad-lib “Lord,” the beat is built around a sample of classic violin and strings, and ruthless drums, upon which Qafilah raps with epitomic energy, with a frantic delivery of bars to accompany such exquisite composition. The final verse of the song is diverse in its social commentary, from the pointlessness of an extravagant marriage ceremony to hostility towards those who don’t conform to norms; from conservatism to the mental health struggles, there is an affluence to it all. However, by the end of the verse, there is self-affirmation as well, that is best communicated through a verse like “aaz ni pagah ni kaelketh yi samaj cxe / waqtas peth travaan zan Buraq qalaam myon” (translated “maybe not today nor tomorrow, understand this overmorrow / like the ‘Bright One,’ my speech will be delivered”).

It is unclear whom “Safarnama” addresses as Qafilah’s lyrical poetry draws upon the power of metaphor and allusion in the way literary works maintain a distance away from the literal and closer to the figurative to sustain a level of intrigue and ambiguity. Is Qafilah speaking to himself or specifically to someone else? Or maybe, is he speaking to all of us collectively? Whichever the case, the denunciations and criticisms could equally be grounded in self-reflection and introspection as they could be motivated by their admonitory tone towards someone else. In both cases, the self and the other are intertwined within the lyrical space of the song, where the poetic voice and the listener or audience can easily exchange places, especially when Qafilah uses the subject pronoun “cxe” (you) and it becomes unclear whether that “you” is self-referential or pointing towards someone else who remains unnamed.

Beyond all such tactful and necessary ambiguities found in the song, Qafilah’s own voice stands out as an essential one direly needed in Koshur music scene to create conscience while bringing about consciousness. “Safarnama” is layered and complex, often diverse and confused, but the cohesive execution of sound and poetry is an art Qafilah has mastered and it is evident at each level and every passing second within the song itself. Qafilah is a beacon that flies too high, often veering into a space where hope is hopelessness and artistry is undervalued. In such a mode, why else would “Safarnama,” an undeniably great piece of music, be overlooked right in front of our eyes?

Kashmir Music Live is a small idea that has yet to manifest itself. Its purpose is to create a community of people in Kashmir that are passionate about music and are willing to give the musicians the credit they deserve. Consider following Kashmir Music Live on Instagram.