Shah Munnes Muneer has a Masters in Sociology from Aligarh Muslim University. Her areas of interest include Sociological Study of Society, Cultural Studies, Religion, and Contemporary Women-Centric Issues. 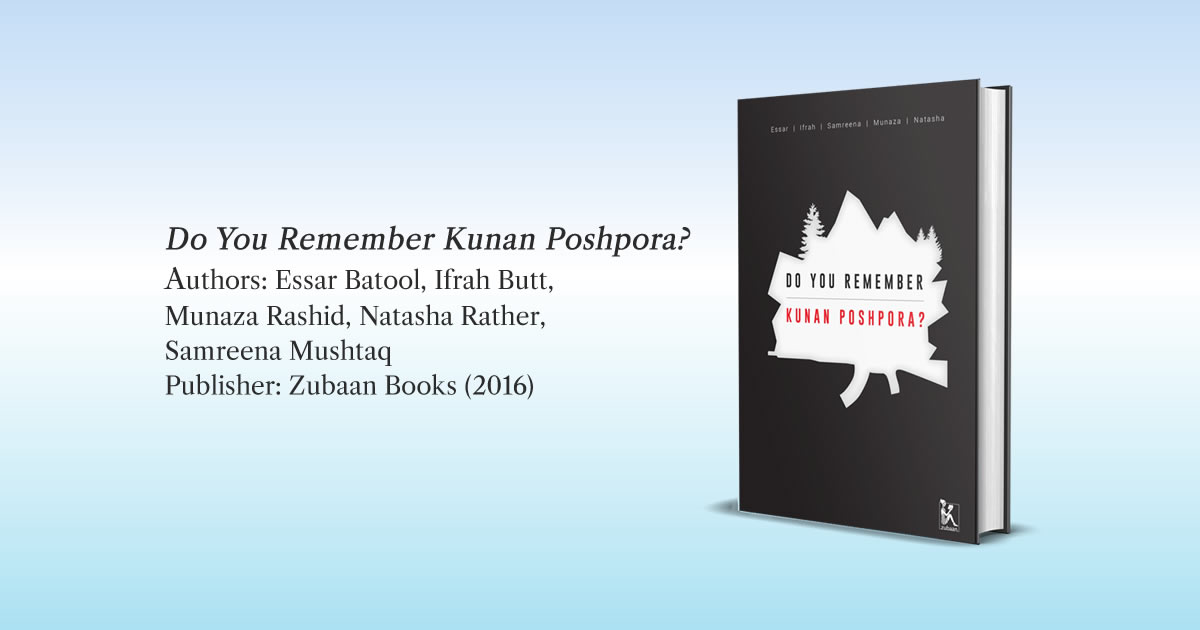 Four years after its release, “Do You Remember Kunan Poshpora?” (Zubaan Books, 2016) remains relevant as an essential text that is read, re-read and reviewed, as is the case with this piece by Shah Munnes Muneer. Authored by five women researchers and activists, the book revisits and details the documented case of mass rape and torture of Kashmiris by the Indian army that took place on the intervening night of February 23rd and 24th (1991) in the adjacent hamlets of Kunan and Poshpora (Kupwara). Given the unrelenting spirit and perseverance of the victims, February 23rd is commemorated as Kashmiri Women’s Resistance Day as the struggle for justice continues. As part of such a commemoration, we have included key media and articles embedded directly herein from their original sources.