Matamaal — A Poem by Saba Zahoor

Saba Zahoor presents a poem that is close to the heart of anyone who has experienced the love, warmth and care of grandparents. These verses are a testament to that love, because more than in its presence, it is perhaps more deeply felt in an absence or in a void of some sort. More often than not, familial love is treated in simplistic terms between emission and reception that defines a relationship based on reciprocity or recognition. This poem sheds light on a shared experience and sentiment felt by a wide range of people around the world who are caregivers to elderly parents or grandparents who suffer in a particular way. Its verses tell us that we are not alone in that shared experience with the poem itself bearing testimony to that fact.

Kashmiri blackout artist Asma Firdous presents sixteen blackout poems and works of word art that she has produced over a specific time. The piece comes with an extensive introduction by Amjad Majid (titled “Blackout Poetry in the Age of Mechanical Reproduction: An Editor’s Introduction”) to familiarize viewers and readers with this artform and a statement by the poet and artist herself followed by the sixteen blackout poems.

Tell the Pacifists of Your Land — A Poem by Quratulain Qureshi

Quratulain Qureshi presents a poem that sends across a message that the poet summarizes clearly, without embellishments, and in her own words: “It is wrong and highly problematic to equate the fight of a people for their rights and dignity with that of the oppressive methods of their persecutors. Hence, this poem: an address to the advocates of such a ‘pacifism’.”

Social Media and Commodifying Empathy in the Covid-era — by Dr. Amrita Ghosh

This article traces various social media expressions during the ongoing pandemic and asks the overarching question: how should one understand, express and practice compassion and empathy in this new context of global – yet differential and graded – uncertainty, loss and suffering? It focuses on the unfamiliar shift of entire populations across the globe from physical, tangible spaces to a virtual, online presence and the consequent issue of what norms, rules and ethics govern this online area of expression and action during a pandemic. Caught between an either-or narrative between a display of privileged quarantine living, a sense of empathy for the marginalized or a downright lack of it, the article observes that social media responses to the pandemic produce a ‘competitive performative compassion.’ It argues that such compassion becomes fetishist and results in the very thing that the expressed compassion was meant to counter, that is, continued unequal suffering. This article was first published in Lund University, SASNET journal Chakra: A Nordic Journal of South Asian Studies, Special Issue: Articulations of a Pandemic (2020 ISSN 1652-0203) and is published here via permission by the author.

Juvaria Syed introduces a piece of fiction that is an attempted decalcomania of the ruminations of common Kashmiri people—an attempt to chart the dispersed wanderings, expressed in word, that form a variegated Kashmiri consciousness—ultimately resulting in a fictional text that is closer to reality than the framings of most mediatized constructions. The piece is shaped by nine sections that reveal fundamental preoccupations, misgivings, apprehensions, and cynicism that many readers will identify with and are felt during various periods of time. The tone registered in Syed’s fictional prose oscillates between cynical, satirical and parodic in certain parts so as to shed light on how closely the political is intertwined with the absurd in Kashmir. Beyond these limited and summarized descriptions, here is a piece of fiction that maintains a dialogue between the personal and the political. Along the same lines, Syed’s writing finds its creative form between heteroglossia and polyphony—while experimenting with style to give voice to narrators who otherwise are made to remain invisible or are subjected to constant erasures and silences that most Kashmiris are well-acquainted with. The piece is accompanied by a “Reference for Code Switching” (at the end) with the English translations of specific words and terms found in Syed’s writing. 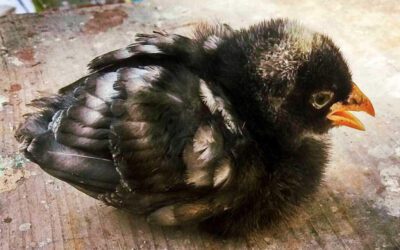 Captain Fluf’ is a Rager? — A Poem by Bayed Mubarak

In a poem that invokes Edward Said’s memorable words in the first verse, Bayed Mubarak surprisingly takes an altogether different direction in engaging with a language of simplicity and childhood. A bird, Captain Fluf’, becomes a metaphor for innocence at a time when children have been killed with bombs that wouldn’t spare pigeons or any other life form—all under the pretext of self-defense and counter-terrorism. The poem might not communicate such things overtly, but the type of anger that is born from unimaginable violence is a clear motif that draws the point home with sarcastic bitterness.

In Promise of a Reckoning — Two Poems by Parray Shahid

Parray Shahid presents two grief-stricken poems that travel to a distant land and to its peoples, who in many ways are closer to the heart of Kasheer than any nearby neighbor—especially in what concerns a kinship formed from a state of subjugation, and sealed with a pact of resistance.

Inverse Journal presents three short stories by Anton Chekhov translated into Urdu and Hindi, and recorded in audiobook format by Adbi Dunya. We have included links to the full text in English translation for each of these stories.

On Malcolm X’s birthday, an elaborate documentary that explores his political life, his activism and the legacy of resistance he left behind for people around the world. The film gathers testimonials and accounts from his friends, family, and the journalists who knew him, along with archival footage of the man and the historical figure himself. The documentary was produced and aired by PBS on January 26, 1994. All rights reserved by Public Broadcasting Service (PBS).

Faasley — A Song of Remembrance by SXR (Prod. by Prxphecy & Timmy Holiday)

After the release of his album (Shalakh) and the music video for the title track by the same name, SXR returns with the music video for Faasley, the fourth track from this latest collection of songs. Faasley is an emotionally charged Hip Hop ballad delivered as a solemn ode to remembrance in the face of estrangement, separation, distance, and loss.

First released in 2012, “My Neighborhood” is a documentary film that follows the life of Mohammed El Kurd, “a Palestinian boy growing up in the neighborhood of Sheikh Jarrah in the heart of East Jerusalem. When Mohammed turns 11, his family is forced to give up part of their home to Israeli settlers, who are leading a campaign of court-sanctioned evictions to guarantee Jewish control of the area.”

Produced for Just Vision, an organization seeking to build peace between Palestinians and Israelis, the symbolic meaning of this film has ascended to greater historical importance given the current and horrific situation being lived in the neighborhood at the center of this film and by extension in the rest of Palestine.

More than a decade later, the producers of the film held an online screening on April 22, 2021, followed by a discussion about Sheikh Jarrah with the film’s protagonist, Mohammed El Kurd (now in his 20s), and Just Vision’s Director of Education and Outreach in Palestine and the film’s producer, Rula Salameh. The conversation was moderated by Just Vision’s Executive Director, Suhad Babaa.

A Jewish activist woman from Israel conducts an “archaeological dig” into her immediate physical surroundings and the sites of her successive homes. It recounts her slow unlearning of Zionist erasures both of the dispossession of Palestinians previously living at these sites and of the discrimination against and relegation into poverty of Mizrachi Jews (Jews of color) sent to live at them.

A gradual awakening to an unblinkered understanding of the context – historical, social, economic of where she lives, this fragment opens a window onto the reality that is (again) erupting in horrific violence in Palestine Israel today, in the spring of 2021.

I Was Born Today — A Poem by Abdulla Moaswes

Abdulla Moaswes is originally from Jerusalem, Palestine. On a day such as this he presents a poem of remembrance against forgetting that returns to the days of his grandfather through a narration binding the dispossession and grief of one generation to another. The scholar and poet is inspired by Edward Said’s 1984 essay “Permission to Narrate” (published in The London Review of Books), where Said addresses the silencing and invisibilization that Palestinians faced in the international media while Zionists tirelessly propagated the myth of an Eden-like homeland—one that, according to them, was barren of inhabitants (conveniently made into ghosts) yet paradisiacal enough for an indefinite and still ongoing occupation. Beyond the need for an introduction, Abdulla’s poem speaks for itself, as his verses transit through time like remembrance transits through forgetting to keep memories alive, deep within the terrain of narration.

Earlier this week, a photograph was circulated on social media platforms (like Twitter and Facebook) showing a Kashmiri man marching with a Palestinian flag through the streets of Srinagar. Those who posted the photo did not give its author her proper credit nor indicate the source of such a powerful image, resulting in yet another case of copyright infringement and outright creative theft.

Inverse Journal got in touch with Zainab, the photographer of this iconic scene. Here she presents the photograph along with her account of how such image-making came about in line with the tradition of visual storytelling that speaks more profoundly than words perhaps could—especially on a sad occasion such as Nakba Day (Dhikra an-Nakba). Zainab’s photograph carries even greater symbolic meaning when considering that she produced it while documenting—by pure chance—the remains of an Al-Quds Day (Youm-e Quds) march in Kashmir that is carried out on the last Friday of Ramadan to show support for Palestine and its people and to protest Zionism.

As such, Zainab’s photograph situates two major commemorative days (Dhikra an-Nakba and Youm-e Quds) in one frame as she captures the heartfelt scene on the streets of Srinagar (Kashmir) to reflect the great sense of solidarity that Kashmiris feel towards Palestine and its dispossessed people. As can be observed, the image is taken with a mobile camera, and is raw in all aspects, much like the sentiment of solidarity that is felt around the world and especially in a place like Kashmir that knows sorrow and loss all too deeply.

Along with the her note, Inverse Journal has included relevant links to Zainab’s broader work.